We conclude our chat with designer Tim Delaney about working at Imagineering for decades, starting with the original Imagineers, and his work for the Disneyland Resort and for Disney parks around the world. Plus, we discuss current Disneyland Resort events, as always!

Check back daily as information is changing rapidly.

• Face masks must be worn at all times. You may temporarily remove your face covering while actively eating, drinking or taking an outdoor photo*, but you must be stationary and maintain appropriate physical distancing during this time. *The photo exception goes into affect April 8, 2021.

• Ticket Sales begin April 15, 2021. Only California Residents will be allowed to enter the Parks  and groups may not be larger than 3 households until further notice.

• Like Walt Disney World, you must have a valid ticket AND make a Park reservation for the day you are interested in attending.

• The State of California has updated it rules for Theme Parks and Stadiums to reopen. The new rule takes affect April 1, 2021 and will Theme Parks to open at 15% capacity as long as the county is in the Red Tier. Orange County was just moved into the Orange Tier which may allow Disneyland to increase its max capacity. Disneyland has already done a lot to prepare for opening and is in a good position to quickly open once they get the green light.

• The Downtown Disney District including Buena Vista Street only of DCA are open. Some table service is available following state and local rules.

• The Disneyland Annual Pass (AP) system is being cancel and refunds issued. Special discounts will continue (see Disneyland web page). A new system is in the planning for after the Parks reopen, but no details available at this time.
• Disneyland Park and Disney California Adventure Park remain closed and will reopen at a later date, pending state and local government approvals.

•  The State of California has announced guidelines for the opening of amusement parks.

• Disney Cruise line has suspended US cruises at least through June 2021 and European cruises through September 18, 2021.

Disneyland unveils plans for theme park, retail and parking expansion
DisneylandForward is Disney’s effort to work with the city to grow the Disneyland resort, update the blueprint for the resort district and propel Anaheim’s economic rebound following the COVID-19 pandemic.
By BRADY MACDONALD and IAN WHEELER
UPDATED: March 26, 2021

“Disney will be asking the city over the next weeks and months for more flexibility in how it develops company land planned for specific uses in the 1990s to be able to add a mix of theme park, hotel, retail, dining and entertainment on the eastern and western edges of the Disneyland resort. The overall footprint of the resort area would not increase in size.”

“In a letter sent out by Disneyland Resort President Ken Potrock, he says that although there are current development approvals, they are limited and they are looking to get updated approvals with this initiative.”

[Listen to Mini Episode 15 for Lynn and Ken’s analysis of Disneyland Forward.]


Disneyland adding a second place to buy alcohol in the park
The Blue Bayou will serve beer, sparkling wine and Hurricane cocktails when the New Orleans Square restaurant returns after Disneyland reopens on April 30.
By BRADY MACDONALD
PUBLISHED: March 31, 2021

“The Blue Bayou will serve beer, sparkling wine and Hurricane cocktails when the New Orleans Square restaurant returns after Disneyland reopens.”
...
“Disneyland made the decision to add alcohol to the Blue Bayou menu after the park’s food and beverage team received thousands of requests over the years from international travelers and young adult visitors for more beer, wine and cocktail options at the restaurant.”
...
“Like at Oga’s Cantina, Blue Bayou diners will not be able to get their drinks to go. Beer, wine and cocktails must be consumed inside the restaurant.”
…
“Blue Bayou won’t return as soon as Disneyland reopens on April 30. A reopening date for the restaurant has not yet been announced.”

“Blue Bayou will join Club 33 and Olga’s Cantina as the only places that serve alcohol inside Disneyland Park.”

“Besides the ticketing guidelines, indoor rides must be limited to no more than 15 minutes and queueing must take place in an outdoor setting, which may put attractions such as Star Wars: Rise of the Resistance and Pirates of the Caribbean in jeopardy of opening with the park at this time.”
...
“Ticket Purchasing Guidelines:

“‘Per the state guidelines, the name and contact information of each person who purchases a ticket to the parks should be collected for contact tracing purposes. This information must be provided by the ticket purchaser, who will serve as the main contact on behalf of his/her entire party.’

“‘In addition, at the time a guest purchases park tickets and makes a park reservation, the purchasing guest must confirm that the guest’s party size will not contain more than 3 households and that the guest, and all members of the guest’s party, are California residents, since the guidelines limit theme park attendance to in-state visitors only.’”

“‘All queuing must be performed in outdoor settings only and guests from different households or other parties must be at least six feet apart during queuing.’ Using Disneyland Resort attractions as an example, queues like those for Space Mountain or Roger Rabbit’s Cartoon Spin (which are mostly indoors) must be staged outside, and will likely see guests walk through indoor portions where they must up to a loading area for their less than 15 minute attraction.

“Also across all tiers, the guidelines state: ‘In-state visitors (California Residents) only. Information will be prominently placed on all communications, including the Reservation and Ticketing systems, to ensure guests are aware of Reservation and Ticketing Requirements.’”
...
“Park visitors are permitted to eat and drink only in designated dining areas. Concession stands must be accompanied by additional designated and shaded eating areas. Food and/or drink consumption is NOT permitted while queuing or using rides and attractions, including cinematic attractions.”


Learn More About the Characters You’ll See in the Reimagined Jungle Cruise
Apr 1, 2021

“Walt Disney World Resort through the My Disney Experience App, has given us some new details on characters you’ll encounter on the updated Jungle Cruise which is coming to Walt Disney World and Disneyland in 2021.”

“Walt Disney Imagineer Kevin Rafferty used to hang out in the Disneyland cast member parking lot in the 1970s with his fellow dishwashers from the Plaza Inn restaurant and imagine the rides and attractions they’d build at the Anaheim theme park.”
...
“Rafferty will retire from Walt Disney Imagineering on Thursday, April 1 after working for Disney for nearly half a century. He started as a Disneyland dishwasher in 1974.”


Disney Legend Jim Cora, whose Disneyland career began with ‘Tell him Walt sent you,’ dies at 83
Cora started at Disneyland in 1957 as a part-time attractions host polishing 3D glasses at the Mickey Mouse Club Theater and retired 43 years later as chairman of Disney International.
By BRADY MACDONALD
PUBLISHED: March 23, 2021

“Cora, of Orange, passed away on Sunday, March 21 after a brief hospitalization at St. Joseph Hospital in Orange, according to Disney officials. He was 83.

“Cora started at Disneyland in 1957 as a part-time attractions host polishing 3D glasses at the Mickey Mouse Club Theater and retired 43 years later as chairman of Disney International.

“Cora credited his rapid rise to company founder Walt Disney who set his career path in motion with a promotion into a training and development role. The boss sent the teenager over to the Disneyland administration building to find Disney University founder Van Arsdale France with the admonition: ‘Tell him Walt sent you. I think he may have something for you.’”
…
“In 1971, Cora implemented the ‘Disney Way of Leadership’ program at the Magic Kingdom with the opening of the Florida theme park.

“Ahead of the 1983 opening of Tokyo Disneyland, Cora was named managing director of operations for the Japan theme park before being promoted vice president of Walt Disney Productions Japan, overseeing Disney’s operational and design standards.”
...
“After Tokyo Disneyland, Cora switched his attention to master planning and site research for Euro Disneyland, which would later be renamed Disneyland Paris.

“In the 1990s, Cora was responsible for the creative direction of Tokyo DisneySea. He retired as chairman of Disney International in 2001. Cora was named a Disney Legend in 2005.”

You can listen to show 306 on iTunes or go to Libsyn service here. 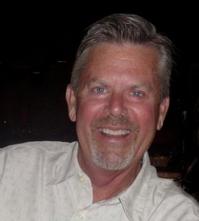