In this episode we welcome back retired Disneyland Custodial Manager. This is Part 3 of

our interview. Ray started at Disneyland in 1963, and worked his way up the ranks to

finally become in charge of all of Disneyland Custodial. Ray was the second Custodial

manager ever at Disneyland. Chuck Boyajian was hired by Walt Disney to start the

Custodial department in 1955, and Ray followed Chuck. So this is a very unique

perspective of Disneyland history you will not hear anywhere else. Plus get the latest in

D’Amaro, 46, takes over as the resort is poised for a major expansion, including construction of Star Wars: Galaxy’s Edge land in Disneyland, a new, as-yet-unnamed, 700-room hotel to replace the ESPN Zone and Rainforest Cafe in Downtown Disney, a 6,500-space second parking structure on the site of the existing Pinocchio lot and the Pixar Pier district of Disney California Adventure, which replaces the existing Paradise Pier."

"Bill Watkins, the guy who designed the ride at Space Mountain at Disneyland and was the first to take that ride, is 87. His routine these days consists of going to the grocery store, riding his bike around his Long Beach neighborhood and keeping detailed notes of his thoughts and activities. “Not much,” he said with characteristic brevity.

But Watkins recently made a new friend, Kyle King, 29, who showed up at Watkins’ condo as Watkins was carrying groceries. King once read an article about Watkins in the Long Beach Press-Telegram and had been a fan of Watkins’ work for many years. When he was a teenager, still living with his parents in Bixby Knolls, King built a miniature Space Mountain in the living room."

"Bill enjoyed a personal tour of Space Mountain and observed the operation, rode the attraction twice and met cast members. Now in his 80s, Bill contributed to a number of attractions at Disney Parks around the world and completed the first all-computer design of a Disney attraction with Space Mountain. He worked at Walt Disney Imagineering from 1966 to 1985, and oversaw mechanical design for the openings of Epcot and Tokyo Disneyland."


Why are there barricades along Disneyland’s Main Street, U.S.A?

"If you’re wondering why Disneyland’s Main Street is covered with wooden barricades, there’s a simple reason: The park is replacing the track that carries the iconic horse-drawn streetcars up and down the street."

"In the absence of regular shifts on Main Street, U.S.A., our four-legged cast members are following their usual routines in order to keep fit—both physically and mentally. Each horse has a schedule for grooming, bathing, driving, riding and ground work. However, they do have more time for play, which is an important part of being a horse. Horses, after all, are herd animals and it’s important for their well-being that they have time to be together. One way in which this is accomplished is through “turn-outs,” which is the horsey term for “playdates.” The horses are turned out in an enclosed arena, in groups of three or four, and they run together, kick up their heels and just move as a herd. Inevitably, each horse will find that perfect spot of ground on which to roll over and stretch their back and legs. Total relaxation, equine style."

Disneyland Resort Update – Off With Their Heads!

Sadly, ToonTown is long past its prime with perhaps the least satisfying mix of attractions in the entire park. On opening day there was a ball pit, a bounce house and a trolly which gave the land kinetic energy. All of those attractions are now gone or replaced by unsatisfactory bandaids. Chip ‘n Dale Treehouse is a pathetic experience these days. It is quite simply a boring spiral staircase up to a platform, with another staircase leading back down. Donald’s Boat is a poorly maintained walk-through with very little to see. Gadget’s Go Coaster is a super short slow-loading kiddie coaster which takes much longer to load into than the actual ride takes. Goofy’s Playhouse was a bounce house and is now just a space you can walk-through. Mickey’s House, along with Roger Rabbit are the real highlight of the land. But a Mickey Meet and Greet could be built elsewhere in the park and be just as successful. Rabbit’s Car Toon Spin is a fantastic dark ride based upon a movie that most kids today have probably never seen. Not quite irrelevant to today’s youth, but getting close to that.

To make matters worse, the land is very difficult for Disney to maintain. The bright colors fade. The mountain murals which hide the backstage buildings are constantly in need of being repainting, the interactive elements are under constant assault of little hands. Is ToonTown overdue for the dip? Would you be sad to see it go or excited to have a Fantasyland or Star Wars expansion inside?"

​ You can listen to show 228 on iTunes or go to Libsyn service here. 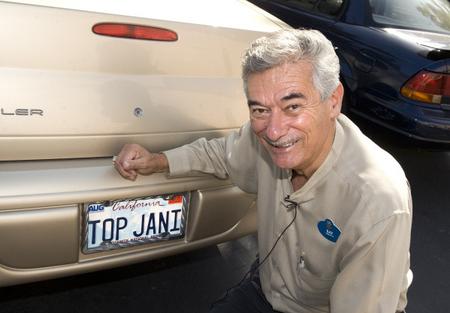