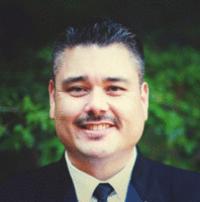 In this episode we welcome friend and foodie Jae Brattain to the show to discuss his time at the Disney California Adventure Food and Wine Festival. Plus we discuss Lynn's trip to Disneyland and Universal Studios Hollywood. also the latest in the Disneyland Resort Current Events.

"The Walt Disney Company announced a number of changes as part of a strategic reorganization. These adjustments come as the company is preparing to launch a Disney-branded direct-to-consumer streaming service next year, ESPN+ service in the coming months, and engage in other growth efforts. Under the new structure, Direct-to-Consumer Services, Technology and International Media Operations will be one division to be lead by chief strategy officer Kevin Mayer. Next, Parks and Resorts and Consumer Products Operations will be combining to create a hub “where Disney’s stories, characters and franchises come to life.” This newly-joined segment will be headed by current Parks and Resorts leader Bob Chapek."

"The reorganization gives greater authority to Mayer and Chapek, setting up both as possible successors to Iger, 67, as chief executive officer. With the $52.4 billion takeover of 21st Century Fox Inc. in the works, Iger recently extended his contract with Disney through 2021. That delays any succession announcement for at least a couple years.

Chapek ran the consumer products business, the largest entertainment licensor in the world, before taking over the theme parks in 2015."

"In terms of both promotion and practice Disney has often conflated the experience of shopping and vacationing. They couch both in the language of stories. The danger is that the focus becomes less on excellence in guest service and storytelling and more on just finding profitable franchises that can work across both consumer products and the parks and resorts. If you do this, you risk eliminating the exciting in favor of the bland. At that point, the magic fades away and Disney becomes just like every other company (and therefore subject to the whims of consumerism). Witness the company’s plain, story free, new edition of Disney Stores. There is nothing magical about those destinations. If you looked quickly you could confuse them for nearly any other mall retailer.

That said, there are definitely synergies to be had in this merger and I can see how the opposite scenario can happen. A combined creative forces of Disney’s consumer and parks and resorts side could lead to new high quality storytelling opportunities. (Like the rumored return of Location Based Entertainment a la ‘Club Disney’ destinations)"

"Walt Disney Imagineering, under the leadership of Bob Weis, will take on the responsibility of developing consumer products such as merchandise, games, publishing and apps. This is a big growth of WDI’s responsibility and he will be supported by several executives moving from Disney Consumer Products & Interactive Media."


Disney’s Reorganization — What Does it Mean?

"As far as what new Parks, Experiences and Consumer Products head Bob Chapek will add to his plate from his former gig at Parks & Resorts, the licensing business along with games and apps seem a bit less organic, but as the former head of Consumer Products, Chapek has experience in those arenas. Under the new arrangement, I would expect greater collaboration between the parks and licensees and perhaps even more games and apps tied to park experiences."

"A Disney spokeswoman confirmed Tuesday that the changeover will take place beginning on April 23, but she couldn’t say what other repairs or revamps might take place at the same time. Disney rides go dark regularly for scheduled maintenance, generally in the off season. Published reports have pegged the reopening date as June 7, but no official date has been given."

Disneyland set to exterminate ‘a bug’s land’ from California Adventure

"In a move that had been rumored for some time, Disney announced on Tuesday that the new Marvel land slated to open in 2020 will be anchored by the revamped Guardians of the Galaxy ride, replacing the cute-bug-based attractions area that appealed mostly to little kids."

Avengers and Other Super Heroes to Assemble in New Themed Areas at Disneyland Resort, Disneyland Paris and Hong Kong Disneyland

"At Disneyland Resort, the new Super Hero-themed land will begin recruiting guests in 2020, with even more new experiences to follow. The Guardians of the Galaxy will be joined by Spider-Man and the Avengers in what will become a completely immersive Super Hero universe, furthering the evolution of Disney California Adventure park."

"There’s been incredible interest in what Disney is doing with its new Incredicoaster, which is under construction right now in Disney California Adventure. This is a revamp of the former California Screamin’ roller coaster, which has been an icon of the park since it opened in 2001."

"The iconic King Triton’s Carousel at Disney California Adventure is no longer spinning, after being quietly shut down on March 4. Instead, it’s being revamped into a new carousel, with a Toy Story theme and new animals to ride. It’s slated to open in 2019."

"The voice of Marine Corps Sgt. Ernie “Gunny” Napper, one of Disneyland’s most popular, inspiring figures to veterans and their families attending the nightly Flag Retreat Ceremony on Main Street, has been silenced in favor of a pre-recorded message thanking veterans for their service."

10 things to know about ‘Star Wars Nite’ at Disneyland

Does bad weather make it a good day to visit Disneyland?
By Robert Niles

Tips for Enjoying a Rainy Day at the Disneyland Resort

​ You can listen to show 231 on iTunes or go to Libsyn service here.