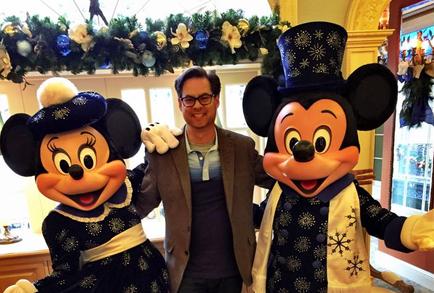 In this episode we welcome the man in charge at Micechat.com Dusty Sage. We discuss the future of Disneyland Resort, with information we know, and some speculation as well. Its a fun discussion as we talk about future changes, that are coming and some that we wish would come and much more. Plus the latest in the Disneyland Resort Current Events.

​Be sure to check out Dusty's amazing projects:

Broadway to the Rescue Goes Disney

"The popular Earl of Sandwich restaurant at Downtown Disney is reopening Monday, Oct. 1 in its former location on the west end of the outdoor mall in Anaheim’s Disneyland Resort.

"A beautiful new dining space is now open in the Downtown Disney District at the Disneyland Resort! As part of a larger phased renovation, Naples Ristorante e Pizzeria is pleased to unveil an upstairs restaurant with a quaint walkout patio."


Disneyland News and Photo Update – The Walls of Change
September 17, 2018

"If you take a quick stroll up to the Central Hub and take a look around, you’ll notice that there are a lot of construction scrims all over the place. They’re in front of Adventureland, Frontierland and skirt the western half of the central plaza. The planters and waterway are being reduced to increase the walkway space for better traffic flow."

"This will likely be your last opportunity to see the Halloween Screams Fireworks as Disney hopes to move the party to DCA next year. Had World of Color not broken down, it would have moved this year. The Frightfully Fun Parade will make the transition as well as some additional decor and a spooky new World of Color show – with the working title “Villainous!” While a change of pace might help keep the party fresh and will allow Disneyland to remain open late during the mad crush for Star Wars land, many of you will miss Halloween at Disneyland."

"This project has really struck a nerve. While most fans recognize that something must be done to address pathway overcrowding, it’s still difficult to watch gardens, planters, waterways and built-in seating removed to make way for stroller parking and pathway expansion."

Anaheim Ballot Measure L wants Living Wage for hospitality workers, but will it include Disneyland?
09/15/2018

"Disneyland and its largest union recently agreed on a new contract that increases the starting wage for employees, eventually raising it to $15 an hour, ahead of when the state is scheduled to raise the minimum wage to that amount. One of the pressure tactics unions used to get Disney to agree to that change was by placing a measure on the ballot that would have all hospitality companies receiving tax rebates from the city of Anaheim forced to pay their workers a “Living Wage.”

The vote is November 6th, but the battle has already started to see if Disneyland would be included in the list of companies who receive the financial benefit from Anaheim. Disneyland recently asked the city to stop offering it tax breaks in an attempt to be exempt from the “living wage.” Disneyland says this removes them from the effects of the law if it passes, the Union says not so fast, while the city of Anaheim is still officially on the fence (although probably leaning in Disneyland’s favor)."

"After months of demonstrations and protests, hotel workers at the Disneyland Resort in Anaheim overwhelmingly approved a contract that boosts hourly salaries by at least 40% over two years and clears the way for staff to get bonuses that were promised last year.

The five-year contract establishes wages and benefits for about 2,700 Disney workers, including housekeepers, valets, cooks, bellhops, servers and other staff at the resort’s three hotels. Terms are retroactive to February 2017."

"Specifically, he addressed the addition of alcohol at Disneyland’s under-construction Star Wars land.

He took a lighthearted approach when Hollywood Reporter’s editorial director Matthew Belloni pointed out that Disneyland purists were unhappy with the move.

“We have to be careful we don’t let people drink and then go on Autopia. [Laughs]” the story reads and then notes that Walt Disney himself had said no booze at the park.

“Yeah, except I think Walt had a nip or two in his apartment at night. [Laughs],” Iger responds. “I am a big believer on tradition. This just seemed like one of those traditions that if we changed it the empire wasn’t going to crumble.”"

​ You can listen to show 244 on iTunes or go to Libsyn service here.