Check back daily as information is changing rapidly (Added 3/12/2021):

• UPDATE 3/9/2021: SHARE HOLDERS' MEETING - CEO Bob Chapek Just said he "hopes" to open Disneyland by late April!!!! No commitment but at least its a target for us now.

• The State of California has updated it rules for Theme Parks and Stadiums to reopen. The new rule takes affect April 1, 2021 and will Theme Parks to open at 15% capacity as long as the county is in the Red Tier. Orange County is on track to be in the Red Tier by April (barring new out breaks). Disneyland has already done a lot to prepare for opening and is in a good position to quickly open once they get the green light.

• The Downtown Disney District including Buena Vista Street only of DCA are open. Some table service is available following state and local rules. Buena Vista Street will be closed March 15, 2021 to prepare for the Touch of Disney experience. The experience will debut March 18, 2021.

“California theme parks can reopen April 1 under updated guidelines from the state’s health department following a year of coronavirus closures that cost the parks billions and forced them to shed tens of thousands of jobs during the COVID-19 pandemic.

“Theme park attendance will be limited to California residents. Updated guidelines will be worked out over the next couple of weeks in partnership with theme parks.”
...
“Under the revised theme park guidelines, indoor rides and attractions must maintain a 15% capacity in the red tier and 25% capacity in the orange and yellow tiers while outdoor rides and attractions can accommodate more riders provided social distancing mandates are followed.”
...
“The extended closure of Disneyland has had a “profound and devastating” impact on Anaheim workers, according to city officials.”


Disneyland extends A Touch of Disney food event due to high demand
A Touch of Disney ticket sales have been extended by an additional two weeks due to the popularity of the experience, according to Disneyland officials.
By BRADY MACDONALD
PUBLISHED: March 4, 2021

“The new food festival coming to Disney California Adventure has proven so popular that Disneyland has extended the event just a few hours after fans feverishly snapped up tickets as soon as they went on sale.”
...
“A Touch of Disney will start on March 18 at Disney California Adventure and will now run through at least April 19 with additional dates to be added on a rolling basis. The event — which was originally scheduled to run through April 5 — will run five days a week on Thursdays through Mondays from noon to 8 p.m.”
...
“Tickets for A Touch of Disney went on sale around 9 a.m. on Thursday, March 4 and within minutes the website was advising those in the virtual queue of wait times of more than an hour. By 9:30 a.m., the virtual queue had been paused and Disneyland was “temporarily unable to sell more tickets,” according to the website. Shortly after 10 a.m., the wait time returned to more than an hour. By 11:30 a.m., the wait time was still more than an hour for those who had entered the virtual queue at 9 a.m.

“By 1:30 p.m., most of the March dates for A Touch of Disney were sold out — except for a few weekdays. Most dates in April were still available — except a few weekend days.”

“This Foodie Guide lists all the bites – sweet and savory – and refreshing sips at the more than 25 locations – including six marketplaces themed for A Touch of Disney. In addition to all the great food and drink, you’ll have a chance to see Disney characters, shop for the latest Disney merchandise, and pose at fun photo locations.”


What you watch on Disney+ will shape your Disneyland experience — and vice versa
Disney's simple plan: Turn Disney+ subscribers into theme park visitors, convert park fans into streaming bingers and increase the guest satisfaction for the overlap.
By BRADY MACDONALD
PUBLISHED: March 3, 2021

“Disney has a simple three-pronged goal in the post-pandemic world of in-home and out-of-home entertainment: Turn Disney+ subscribers into theme park visitors, convert park fans into streaming bingers and increase the guest satisfaction for the overlap.”
...
“Disney hasn’t unveiled the details of the theme park-streaming service synergy plan yet — but the opportunities seem endless. Someday soon Disneyland annual passholders who hop on the new Spider-Man dark ride in Avengers Campus may get early access to the latest Marvel film when they get home and turn on Disney+. Disney Vacation Club members who binge-watch all the “Star Wars” movies might find a surprise virtual queue boarding pass for Rise of the Resistance in Galaxy’s Edge waiting for them the next time they visit Disneyland.”


Disneyland Legacy Passholders Get Limited-Time Offers at Downtown Disney Through the Month of March
Mar 3, 2021

“The Disneyland Resort has some special limited-time offers for Legacy Passholders for the month of March from food and beverage offers to merchandise discounts.”

“Disneyland plans to use changes to a new annual pass program and dynamic ticket pricing to help manage crowd levels when the Anaheim theme park reopens with attendance capacity restrictions following a yearlong coronavirus closure, according to Disney officials.”

“Rohde will work as a strategic advisor helping design and guide the overall experience journey for astronauts and enthusiasts.

“Rohde has spent more than 40 years at Walt Disney Imagineering, starting when he was 25, and has contributed to many different projects around the world, including but not limited to Pleasure Island, Captain EO, EPCOT’s World Showcase, and most notably was the creative head of Disney’s Animal Kingdom, spearheading the entire park’s design.

“He will be joining the CEO, former President and Managing Director of Disney Parks International, Michael Colglazier, at the company. Colglazier had left Disney last year to join Virgin Galactic.

“Colglazier was also President of the Disneyland Resort during the 60th Anniversary celebration and the start of construction on Star Wars: Galaxy’s Edge.”

You can listen to show 304 on iTunes or go to Libsyn service here. 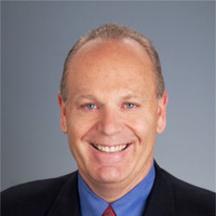 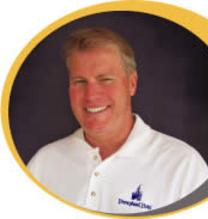 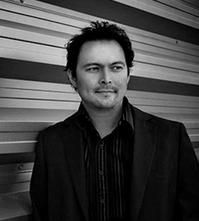