"Mickey and Minnie’s Runaway Railway is already set to open in 2019 at Disney’s Hollywood Studios at the Walt Disney World Resort, but Disney is expected to announce soon that the ride will also be coming to Mickey’s Toontown at Disneyland Park in Anaheim, California. This will be the park’s next big addition following the opening of Star Wars: Galaxy’s Edge in the Summer of 2019.

Disney is expected to make the announcement around Mickey and Minnie’s 90th birthdays on November 18th, specifically at the D23 Destination D event in Florida."

Is Disneyland getting its first ride based on Mickey Mouse?
By Marla Jo Fisher
October 31, 2018

"After years of performing with the bird mobile chorus of Walt Disney’s Enchanted Tiki Room, Rosita is spreading her wings and taking flight towards a solo career. You’ll find her on the river’s edge at the loading dock waiting for her boat to arrive.

Rosita is a friendly cockatoo that looks forward to meeting travelers from around the globe who are also visiting The Tropical Hideaway. Pull up a nearby seat and say hello! But beware… she has a repertoire of jokes and one-liners that would make any Jungle Cruise Skipper proud!"


Inside Disneyland’s mouse kingdom is a hidden world of cats
By Marla Jo Fisher
November 02, 2018

"Disney’s research and development arm is developing augmented reality technology that could let visitors don AR costumes of their favorite superheroes and princesses in the parks for souvenir snapshots. The findings were part of a recently-published paper by Disney Research.

The new method of AR capture overlays a “watertight” costume on a digital image of a person in 10 seconds. The process uses a combination of techniques to estimate the proportions of a body, approximate the 3D pose and match the costume to the position of the body’s joints. Imaging programs mask the body leaving the head and hands visible, paint on the costume and fill in the background image."

"Theme park fans who have visited Universal Orlando, Dollywood, or other destinations that feature flume or rapids rides are surely familiar with the full body dryers that are stationed near some of the wetter rides in the parks. Now it looks like Disney is getting into the game, adding pay-per-dry warmers near Grizzly River Run at Disney California Adventure. Of course, this being Disney, these dryers are themed, adding Humphrey the Bear to the new “Wilderness Warming Huts.” "

​ You can listen to show 247 on iTunes or go to Libsyn service here. 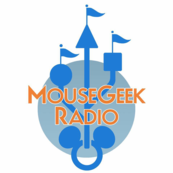