In this episode we welcome back author, and Disney Historian Jim Korkis. We discuss the year 1958 at

Disneyland, with the additions, and the growing new park. Disneyland was just 3 years old, but adding new things

and planning is always something on the horizon. Plus the latest in the Disneyland Resort Current Events.

Want to get Jim Korkis' books, just follow this link to Amazon.

"Upscale bowling alley and restaurantSplitsville Luxury Lanesis opening Monday, Jan. 29 in the old House of Blues space. The Florida-based company, founded in 2003, said the two-story Anaheim Splitsville will be the brand’s flagship location.
It features 20 bowling lanes on both floors, three full-service bars, indoor and outdoor dining, live music daily and private event space for up to 1,000 guests."

"The menu features everything from sushi and grilled salmon to standard bowling alley grub such as nachos and pizza."

"The new Splitsville Luxury Lanes at Downtown Disney might not open its doors until Monday, but, surprise! It’s already got oodles of 5-star reviews.

Perhaps most interesting, many of the 5-star reviews – the highest that a business can earn – were posted by people who appeared to be employees of the Splitsville Co. Ltd.’s other locations, including theDisney Springsbranch in Orlando."


Downtown Disney is getting a big-name brewery: Ballast Point

"Disney’s ongoing effort to bring a new look to Downtown Disney will include acraft brewery, tasting room and restaurant operated by one of the biggest names in the industry: Ballast Point.

When it opens this fall opposite the entrance to the Grand Californian Hotel, the new 7,300-square-foot facility will be Downtown Disney’s first-ever brewery since its 2001 opening. With as many as 100 taps, a three-barrel brewing system, a California comfort food menu and an outdoor beer garden, this will be Ballast Point’s first location in Orange County and seventh in Southern California. An opening date has not yet been announced; construction will start in the spring.

Ballast Point’s beachhead in Orange County is part of a larger plan to make the brand a household name throughout the U.S. and beyond."


Disneyland’s flying Dumbo elephants are grounded, and the reason’s kind of shady

"One of Disneyland’s most popular rides in history has shut down temporarily, but don’t panic: It will be back up and flying again soon, with a new and improved queue that will make life a bit better for those who stand in line for an hour at a time.

'The Dumbo elephants have packed their trunks for now,' park spokeswoman Suzi Brown joked, describing the rehabilitation efforts that started Jan. 8, which will include moving the lines to the back of the ride and installing – are you ready for this – shade canopies that have been desperately needed for decades."

"Once “it’s a small world” returns to its classic version, transitioning from“it’s a small world” Holiday, guests may notice work continuing in the promenade in front of the attraction. The location of the queue will be moved – along with other enhancements, including a new parade route entrance and stroller area – allowing guests to travel through “it’s a small world” Mall with greater ease."

"The entertainment giant on Tuesday, Jan. 23 said 125,000 employees would receive a one-time $1,000 bonus split into two payments. The company is also creating a $50 million fund for a 'new and ongoing education program.'

Disney said the initiatives amount to a $175 million investment in the fiscal year.

Federal tax reform, which cut corporate rates to 21 percent, is providing a cash windfall that some employers are choosing to share with workers."

"Disneyland in Anaheim is Orange County’s largest employer with more than 30,000 cast members and employees staffing its theme parks. Most of the staff in Anaheim are eligible for the bonuses, a company representative said Tuesday. The company reported annual revenues of $55 billion in its 2017 fiscal year."

"Riders can get to and from Disneyland for $3 (or less) each direction on a Riverside Transit Agency bus, which will run seven days a week and starts in San Bernardino, makes four stops in Riverside and one in Orange, then arrives at the Anaheim park."

"The trips are scheduled to take between 100 and 115 minutes, depending on the day and time. The buses can accommodate 40 to 50 people, if some stand. They have Wi-Fi and charging portals for cellphones but no bathrooms."

A roadmap to a third gate at Disneyland needs Gardenwalk

"The property Gardenwalk sits on today is a key part of the future of the Disneyland Resort and the company might have a second chance at acquiring it. Sandwiched between two busy Anaheim roads (Disney Way and Katella) where there isn’t a lot of foot traffic, the GardenWalk complex has struggled with finding a profitable niche for its owners and vendors. Now word is the property is on the market and being shopped to prospective buyers."
...
"We’ve heard that Disneyland has been making inquiries into purchasing more hotels that line Harbor Blvd both north and south of Katella. Hopefully they’re in talks for Gardenwalk too. This might be the only chance Disneyland gets to own the Gardenwalk property for the next 100 years. If Disney ever thinks they might build a third gate, it would make sense to own the property that connects it with the rest of the resort infrastructure."

Disneyland Update – It’s A WALL World After All

​ You can listen to show 227 on iTunes or go to Libsyn service here. 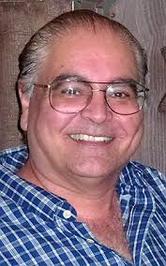