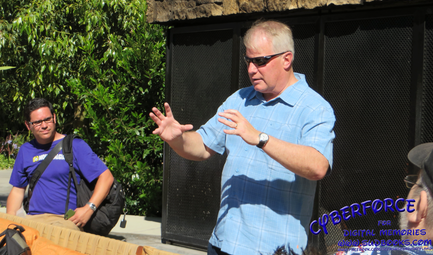 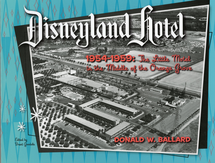 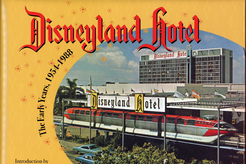 In this episode we welcome author and Disneyland Hotel historian Donald Ballard to our show. Donald knows just about everything about the Disneyland Hotel and it's great history. He is also the author of some great books which can be found at
http://www.magicalhotel.com/  Plus the latest in the Disneyland Current Events.

Hurry and get your copy of  our book Cleaning The Kingdom as an audio book. Click one of the links to get you copy today.

Disney Resort update: ‘Star Wars’ land tops out and the Disneyland Railroad’s back on track

"Meanwhile, at a construction site not so far away, construction crews, without any help from the Empire, topped out the two buildings that will house the two main attractions in Star Wars: Galaxy’s Edge, scheduled to open in 2019."

"Two shops in Downtown Disney of the Disneyland Resort will close to make room for the new virtual reality experience based on the Star Wars movies.

The two shops, according to a Disneyland Resort official, are Disney Vault 28 and Fossil. The shops will close by the end of September 2017 to make way for the new experience."

"Beginning Wednesday, August 16, the new policy provides two hours of free parking, but only if a $20 minimum purchase is made and validation received from a Downtown Disney location. This includes any quick-service restaurants and kiosks, according to a post on the Disney Parks blog."

The line serves the pool."

"The plan for Pixar Pier is to take over the area from Ariel’s Grotto all the way around the California Screamin’ area and along the boardwalk just up to the old Maliboomer pad. Ariel’s Grotto and the popular Cove Bar will get a Pixar remake to replace the Princesses."

​ You can listen to show 216 on iTunes or go to Libsyn service here.