In this episode we welcome friend, author, and all around Disney fan Russell Flores to the show to help us discuss some Disney books. We talk about all sorts of Disney books that are in our collections. There is so many we don't even get to all of the ones we wanted to, hope you enjoy this, and get some good gift ideas or some to add to your want list. Plus the latest in the Disneyland Resort Current Events.

Others
-Vault of Walt books by Jim Korkis
-Walt and the Promise of Progress city by Sam Genawey
-Building a Dream by Beth Dunlop
-Designing Disney's Theme Parks the architecture of reassurance
-Walts Time By Richard Sherman and Robert, but with Bruce Gordon and David Mumford
-E Ticket Magazines
-Maps of the Disney Parks
-Designing Disney By John Hench
-The Haunted Mansion from the magic kingdom to the movies By Jason Surreal
-The Unauthorized Story of the Haunted Mansion 50th Anniversary Edition By Jeff Baham
-Walt Disneys Imagineering one and 2
-Walt Disney's Railroad Story by Michael Broogie
-Disney the first 100 years by David Smith
-Disney A to Z Encyclopedia By David Smith

Come see us, talk about Disney, and get both our books including our new

Cleaning the Kingdom: Night, Day, Past and Present. Also met our fellow authors

Joshua Shaffer author of the Discovering The Magic Kingdom.

Can't make it to The D23 Expo, you can still get our books at the following:

Cleaning the Kingdom Series by Lynn Baron and Ken Pellman

"And while Disney continues to perfect the art of selling nostalgia, plenty of major rides have celebrated pivotal anniversaries — Pirates of the Caribbean turned 50 two years ago — without the fanfare of the Mansion, for which Disney just staged two high-priced events ($300!) that allowed fans early access to commemorative merchandise — $60 jugs that glow with the Mansion’s inhabitants admittedly are pretty neat — and the ability to experience the ride and other attractions after hours until 4 a.m.

"Though nominally a party to buy merchandise or dine on limited-time food offerings that are never as good as year-round ones, the event, held after 11:30 p.m. Wednesday and Thursday, also reveled in the Haunted Mansion’s mysteries. A bright light shone behind it, as if its ghosts were breaking free to flood the park, and fog surrounded guests as everyone cheered for funeral processions and listened to ghostly characters serenade us as we rode the Mark Twain Riverboat at 2 a.m."

"The Haunted Mansion is the most magical of Disneyland rides in the most literal way: The 50-year-old attraction is an optical illusion that constantly changes depending on your point of view."


Disneyland’s Haunted Mansion is celebrating its 50th anniversary, and these grim grinning ghosts have plenty of memories
BY MARLA JO FISHER
August 7, 2019

"When Tomorrowland reopened as “New Tomorrowland” in 1998 at The Happiest Place On Earth, its entrance was marked by new signage in addition to huge bronze “french fry”-shaped rocks in front of the Astro Orbitor attraction that welcomes guests into the futuristic land. And today, it seems that Disneyland has decided to do away with the monuments that some guests have considered an eyesore for the past two decades."


Disneyland is removing the ‘french fry’ rocks in front of Tomorrowland
BY MARLA JO FISHER
August 15, 2019

"Analysts had predicted earnings of $1.72 a share and sales of $21.45 billion in the quarter.
...
"The parks and consumer products segment posted a 4% increase in operating income to $1.72 billion, even as attendance at Disneyland Resort in Anaheim and Walt Disney World in Orlando, Fla., declined 3%.

"Chief Financial Officer Christine McCarthy said the drop in visits was because of efforts to control crowding during the weeks after the opening of Star Wars: Galaxy’s Edge in Anaheim. Walt Disney World customers, she said, were waiting to visit the Florida park until the new Star Wars attraction opens. Executives also said Disneyland customers may have stayed away from the California park out of concern over the big crowds for Galaxy’s Edge, which opened in May."

"For 54 years, at dawn’s first light, Disney cast members, Imagineers and employees have gathered at the Rivers of America in Disneyland park to compete for the championship in the time-honored and summertime tradition of the canoe races."
https://disneyparks.disney.go.com/blog/2019/08/mobile-ordering-on-the-disneyland-app-expands-to-new-locations-throughout-disneyland-resort-including-adorable-snowman-frosted-treats-and-mint-julep-bar/
Mon, August 5, 2019
Mobile Ordering on the Disneyland App Expands to New Locations throughout Disneyland Resort, including Adorable Snowman Frosted Treats and Mint Julep Bar
by Michael Ramirez

"Yesterday, around 2:45pm the Disneyland Railroad’s Ward Kimball blew out an axle on the Galaxy’s Edge trestle. The cars were evacuated and then pulled back to New Orleans Square, but the locomotive remained on the tracks for the remainder of the day as it couldn’t be towed back to the roundhouse without heavy reinforcements.

"Some will recall that train conductors warned that the increase in grade of the Railroad between the New Orleans Station and the new Galaxy’s Edge bridges and waterfalls could put extra stress on Disneyland’s aging fleet of locomotives. We have no idea what precipitated this failure, but it does warrant investigation. Which we are sure Disney will do.

"Unfortunately, with one train already down for refurbishment, that leaves just two trains for regular operations until engine no. 5 can be repaired. Be prepared for longer than normal waits for the Disneyland Railroad."

"Today, history has come full circle for a guest who won one of those park passes over 30 years ago. Tamia Richardson from Edington, Alberta Canada was the lucky winner of free tickets on her last visit in 1985 when she was 14 years old. Tamia held onto that pass for 34 years and used it today for admission with her two daughters, Mia and Maren."

You can listen to show 266 on iTunes or go to Libsyn service here. 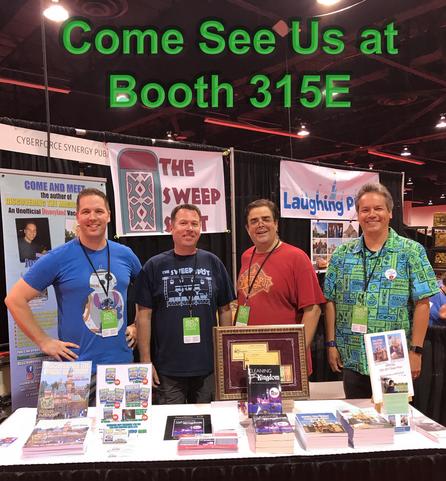 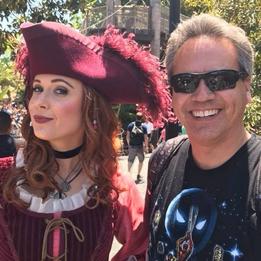