In this episode we welcome back Disney Historian, Author, and friend Jim Korkis. Jim is with us to talk about the year 1959 at Disneyland. We take a close look at the events, attractions, shops and more that opened that year, plus much more with Jim Korkis. You can get Jim's books at Amazon. Also we have the latest in the Disneyland Resort Current Events, and much more!

He was 78. Dave dedicated his four-decade career at The Walt Disney Company to preserving Disney’s

precious treasures from film, television, theme parks, and beyond. Named a Disney Legend in 2007,

Dave was beloved by fans around the world for his wide knowledge of the Company’s rich history, which

he shared in books and through his popular magazine column 'Ask Dave.'"

Author David Koenig reported: "Disneyland has informed affected workers that it will close maintenance shops backstage north of Toontown as of March 18 and move them 2 miles off site for 'potential future expansion.' This area was recently rumored to be earmarked for Mickey’s Runaway Railway."

"This year marks the 25th anniversary of the premiere of Disney’s The Lion King and you’ll be able to celebrate it this summer at Disney’s California Adventure with a new street show and activities."

"The Disneyland Resort is introducing an all-new, must-see pop-up experience at the Downtown Disney District. Coming this spring, Pop-Up Disney! A Mickey Celebration will transport you through a visually and whimsically immersive experience celebrating 90 years of the one and only Mickey Mouse, and his darling, Minnie Mouse."

"Available for a nominal fee and offered in three sizes, these reusable shopping bags are made of 80% recycled materials, and are similar to reusable bags first introduced at the World of Disney stores last fall. Bags will feature Disney character designs mixed with recognizable icons from Disney Parks, and will be found in Disney owned-and-operated shops."

"World of Color is set to return Friday, February 22nd. This is the previous version of the show. Nothing new for now. World of Color is one of the Disneyland resort’s most popular night time spectaculars and it has been greatly missed!"

​ You can listen to show 253 on iTunes or go to Libsyn service here. 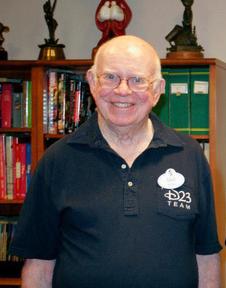