In this epsode we welcome back our friend and author David Koenig. David has written many books but is well known for the Mouse Tales books. David has a new booking coming out Oct. 1 called The 55er's a book all about the people who started at Disneyland in 1955. For more info on David and his new book go to BONAVENTURE PRESS: Publisher of Fine Books on Theme Parks & Classic Entertainment

You can also find David's books on Amazon.

"The self-guided tour through the atmospheric forest is designed to be Instagram friendly and deeply immersive.

"Visitors will follow a path through the wooded Redwood Creek Challenge Trail and pass through sections of the forest influenced by the essence and echoes of Disney villains."


Fri, September 6, 2019
The Most Spookiest Time of the Year Has Arrived at Disneyland Resort
by Michael Ramirez

"Halloween magic can be found around every corner as favorite experiences are transformed for the season. Both parks are decked out for the occasion with spook-tacular décor, seasonal attraction overlays and Halloween-themed treats – not to mention Disney villains lurking throughout the resort!

"Are you excited to see 'Halloween Screams' nighttime spectacular at Disneyland park? Or, would you rather take a spin around Mater’s Graveyard JamBOOree in Cars Land at Disney California Adventure park? Tell us what you’re most looking forward to this Halloween season at the Disneyland Resort!"


Wed, September 4, 2019
New Eats and Treats Coming to the Downtown Disney District at the Disneyland Resort
by Valerie Lee

"Coming this holiday season is Asian Street Eats by Chef Hung Huynh, a new concept from Earl Enterprises, the same restaurant group that brings you Earl of Sandwich and other popular eateries. This trendy take-out window will serve a flavorful variety of Asian dishes and will be located on the west end of the Downtown Disney District – the eatery’s first location in Orange County."

"Ken Anderson is considered by many to be the father of the Haunted Mansion due to his early involvement in the development of the project at Disneyland. It only seems fitting that during the Mansion’s 50th anniversary month a panel entitled “Ken Anderson’s Haunted Mansion ’57: A Year of Horror, Humor, and… Voodoo?” was put together by Jeremy Marx of the Disney History Institute at the D23 Expo 2019. What really made this panel special were scans of Ken Anderson’s personal collection of Haunted Mansion concepts. Of the documentation for his Haunted House project, there were 14 scripts, over 200 notes, and over 150 images!"

"The week following the D23 Expo has turned out to be full of information to share about the Disneyland Resort. Sadly, it’s not all happy news. While we are thrilled to bring you photos of the removal of the French fry rocks in Tomorrowland and the enhancement of the Adventureland entry sign, there is some sad news about further Entertainment cutbacks. We also bring photos of the Halloween decor being installed, Marvel Land construction, and the parking structure project, which is nearly complete."

"This was the week that both Halloween AND crowds returned to Disneyland. But it’s not exactly as Disney might have hoped. We’ll explain below and show you all the tricks and treats of the season.  Plus, construction in Adventureland, Tomorrowland, Marvel land, and the parking structure. There’s more to see here than you might have time for, so we’d better get this show rolling!"

"Ride designers have recently come up with new, state-of-the-art ride systems that defied imagination back in the days of Walt. Now, we’ve gone from linear tracking in Universe of Energy to the to-be-revealed system for Mickey and Minnie’s Runaway Railway. We’ve heard about it, a little. But not as much as another upcoming attraction."

"Baxter’s Tudor-style house looks like it could be set down inside Disneyland’s Fantasyland, and in fact, he hired Disney artisans to create effects in it, such as sculpting fake brick wall decor and old English-style wooden trim. The second story revolves around a wooden gallery and includes details such as a turret and the Epcot dragon Figment on its cupola. Even the front door has gothic brass accents that he picked up while designing Disneyland Paris.

"He was never completely satisfied with the backyard, though. He didn’t want to build a pool that would have to be maintained, yet he wanted a space more conducive to entertaining."

"An Alaska woman has sued the Walt Disney Co. seeking $3 million in California federal court, alleging she suffered a head injury while exiting the Space Mountain roller coaster at Disneyland.
"Sarah Andrews alleges in a complaint filed on Friday that she 'violently struck' her head against a low concrete ceiling after the coaster malfunctioned and the ride was diverted into a dimly lit maintenance tunnel.

"While riders were exiting, a Disneyland attendant instructed them to look down and watch their step but failed to warn riders about the low ceiling, the complaint said."

You can listen to show 268 on iTunes or go to Libsyn service here. 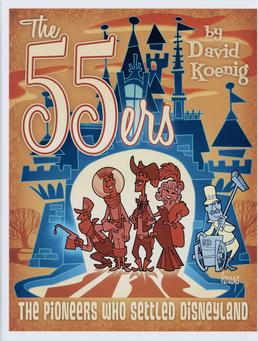 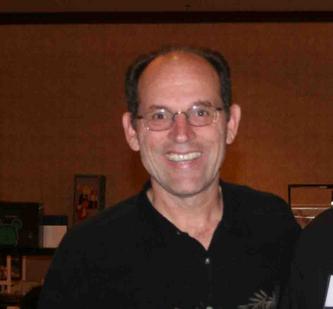 David Koenig and his 55er Book