​In this episode we welcome again Disney Historian, and Author Jim Korkis back to the show to talk about Disneyland in the year 1987. Some exciting things happened in that year and we talk all about it. from the opening of The Disney Gallery, to Star Tours it is here and we learned so much from Jim, as always. You can always get Jim's books at  Amazon and his publisher Theme Park Press. Plus the latest in the Disneyland Resort Current Events.

Be sure to check out Jim on these shows:

Disney Legend, whose work is heard every day in ‘Pirates,’ ‘Haunted Mansion’ songs, dies at 98

"Disney Legend and former Imagineer Xavier “X” Atencio, who at the encouragement of Walt Disney, wrote the lyrics for “Yo Ho, (A Pirate’s Life for Me)” song and dialogue for the Pirates of the Caribbean ride, died Sunday, Sept. 10, d23.com, reported.

Atencio, who had worked on “Fantasia” and other animated films at Disney Studios, not only wrote all of the dialogue for Pirates of the Caribbean, he wrote the lyrics for the song that takes you through what is now a 15-minute journey in a boat that takes you past firing cannons, drinking pirates and a group of inmates trying to escape jail."

"I’ve had two careers in my life, one working for Disney, and in theme park design – that lasted for 25 years. The other as a journalist, and that has been for the last 20 years, including the last eight covering Disney’s theme parks, and the theme park business. Now I’m stepping aside from that second career.

One thing I’ve enjoyed in all this time is watching people of all ages having fun at Disneyland, Disney California Adventure, Knott’s Berry Farm and other theme parks. And that’s what it’s all about, having fun."


Top New Experiences for Halloween Time at the Disneyland Resort


A Westin brand luxury hotel to open in Anaheim, construction to start this month

"The hotel is being designed to meet AAA’s requirements for a four-diamond rating. Anaheim currently has no luxury hotels outside of the Disneyland Resort – the Disneyland Hotel and Disney’s Grand Californian Hotel are the only four-diamond properties in the city.

This will be the 18th Westin in California and the chain’s first build in Southern California in 25 years, Noah Silverman, chief development officer at Marriott, said in a statement. This will also be the second upscale Marriott brand to be built in the Anaheim resort district. A JW Marriott is being developed next to the Gardenwalk."

The free sunscreen will be SPF-30 – the ingredients will be printed on the machines."

​ You can listen to show 218 on iTunes or go to Libsyn service here. 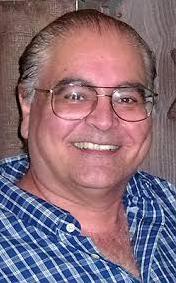