Disney historian & author Jim Korkis joins us to talk about what was going on at Disneyland in 1961, which was SIXTY years ago! Jim is known for his meticulous attention to getting the historical details correct. Plus, we discuss current Disneyland Resort events, as always.

The Sweep Spot is a podcast with full episodes every two weeks, focusing on the Disneyland Resort. Lynn Barron and Ken Pellman, former Disneyland Day Custodial Foremen are your hosts.

The Sweep Sport would like to welcome our new sponsor Petra's Pintorium.

For Disney Inspired Pins Check these out! Also use promo

code SWEEPSPOT to get 10% off your order

Disneyland Paris    • November 25th, 2020, Disneyland Paris made the following announcement: The latest government measures announced for France do not allow us to deliver the Disneyland Paris experience and therefore the destination will remain closed until at least April 2, 2021.

Disney Cruise Lines   • Disney Cruise line suspends cruises through January 31, 2021. The web page does appear to be booking future trips, the earliest being in April 2021.

“Disneyland will start issuing prorated refunds to annual passholders starting Thursday, Jan. 14, according to Disney officials. Disneyland officials won’t say how many people have annual passes, but theme park industry observers have estimated the number to be 1 million.

“A new Disneyland membership program will be unveiled at a later date — presumably after Disneyland and Disney California Adventure reopen.”
...

“Disneyland annual passholders don’t need to do anything to receive the prorated refunds.”
...
“Annual passholders who had active passes when the park closed on March 14 will continue to receive discounts on food and merchandise at Downtown Disney and Buena Vista Street until a new membership program is announced. Disney will boost AP discounts to 30% on select dates from Jan. 18 to Feb. 25 on select merchandise.”

“The Premier Passport will be canceled after March 31st, 2021, which is the pass type that offered access to both Disneyland and Walt Disney World theme parks.

“Premier Passholders will be able to renew their passes as a Walt Disney World Resort Annual Pass through April 30th, 2021.”


What will replace Disneyland’s annual pass program?
Disneyland will seek feedback from passholders on factors like price, frequency, spontaneity and the time of day, week and year they’d like to use a new replacement program.
By BRADY MACDONALD
PUBLISHED: January 22, 2021

“In the latest video, Holland takes a tour of Walt Disney Imagineering’s secretive warehouse where Web Slinger was developed, films a series of pre-show scenes for the attraction and plays the ride’s interactive game with some Imagineers.”
...
“Holland, who plays Spider-Man in a series of Marvel films, appears as Peter Parker in the green screen pre-show introduction shown in the new video. A scale model of the Web Slingers ride vehicle sits on a table next to the Spidey star during the green screen scenes. Dressed in a WEB sweatshirt and t-shirt, Holland explains the attraction’s backstory and demonstrates how to sling webs on the ride using hand gestures.

“The new Web Slinger attraction uses gesture-recognition technology to track the body and eye movements of riders as they sling virtual webs from their wrists at escaped spider-bots.

“Holland dons 3D glasses while on the Web Slingers ride — first with a trio of Imagineers and then with a pair of actors. The eyewear appears to be similar to the Dolby Digital 3D glasses used on Star Tours,”
...
“Avengers Campus appears to be nearly complete based on aerial photos of the 6-acre themed land with work continuing at a steady rate during DCA’s coronavirus closure.

“The first phase of the new land will open with the Spider-Man dark ride as well as a Doctor Strange special effects show, Ant-Man and the Wasp restaurant and Marvel character meet-and-greets and rooftop shows. A second phase will open at an unannounced date with an Avengers E-ticket attraction.”

“When Avengers Campus opens at the Disneyland Resort at a future top secret date, you will see a very familiar face inside the Worldwide Engineering Brigade – or WEB as the kids call it. As we shared before, Tom Holland reprises his role as Peter Parker for WEB SLINGERS: A Spider-Man Adventure.”


Downtown Disney turns Rainforest Cafe into Star Wars shop — Is a cantina next?
The Star Wars Trading Post pop-up shop at Downtown Disney will be moving from its temporary location in the WonderGround Gallery to its new more permanent home in the former rainforest-themed restaurant.
By BRADY MACDONALD
PUBLISHED: January 18, 2021

“Disneyland’s temporary plan to set aside its commitment to immersive storytelling experiences just became more permanent as once-exclusive merchandise only available in Star Wars: Galaxy’s Edge will now be sold in the former Rainforest Cafe at Downtown Disney.

“The Star Wars Trading Post pop-up shop at Downtown Disney will be moving from its temporary location in the WonderGround Gallery to its new more permanent home in the former rain forest-themed restaurant.

“An opening date for the relocated Star Wars Trading Post has not been announced.”
...
“Walt Disney Imagineering will transform the former Rainforest Cafe gift shop into a Star Wars shop themed as a hidden jungle Resistance base with Rey’s speeder parked at the entrance.”
...
“The west end of Downtown Disney has been a bit of a ghost town since Disney abandoned plans to build a four-star hotel on the site of the Rainforest Cafe, ESPN Zone, AMC Theatre, Earl of Sandwich and Starbucks. The sandwich and coffee shops returned after closing in 2018, but the rain forest-themed restaurant and 12-screen theater complex have remained empty ever since. The ESPN sports bar has been repurposed for a number of Disney pop-up events and shops.”
...
“Disney once boasted that the merchandise sold in Galaxy’s Edge would be exclusively available in the Star Wars land. But the extended COVID-19 closure of Disneyland has changed everything.”

“The Disneyland Resort just announced that the Star Wars Trading Post will be moving into the former Rainforest Cafe at the west end of Downtown Disney, allowing the WonderGround Gallery to reopen.”


Downtown Disney turns 20 — take a look at how it’s changed
The 20th anniversary of Downtown Disney will be unlike any previous year with California’s continuing COVID-19 restrictions on businesses and restaurants.
By BRADY MACDONALD
PUBLISHED: January 11, 2021

“After a four-month coronavirus closure, Downtown Disney reopened in July in anticipation of Disneyland returning later in the month. A summer 2020 spike in COVID-19 cases and hospitalizations put off the reopening of Disneyland and Disney California Adventure indefinitely. Disney’s Anaheim theme parks are not expected to fully reopen until spring or summer 2021.

“The 20-acre mall debuted in 2001 with 300,000 square feet of retail, dining and entertainment venues that served as a “shoppertainment” connection between Disney’s two Anaheim theme parks and the resort’s hotels.

“The mall boasted a mix of Art Deco, Craftsman and Prairie architectural styles that reflected the California postcard theme of the new theme park that debuted in February 2001 across from Disneyland.

You can listen to show 301 on iTunes or go to Libsyn service here. 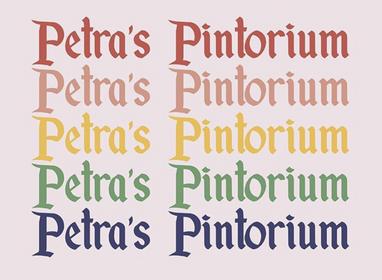