In this episode we welcome Gina Rock to our show. Gina was Tinker Bell flying above

Disneyland from 1983 to 2005. We learn some great stories, plus Lynn’s Disneyland trip

"Want a piece of the Disneyland railroad? Buy an actual wheel from a train, estimated to fetch $3,000 to $5,000. The item expected to draw the highest price is the animatronic “Fuzzball” character from the “Captain EO” attraction, which has an estimated auction value of $50,000 to $60,000."

‘Remembering Disneyland’
When: The exhibition is open for view  until Dec. 15, 10 a.m.-5 p.m. Tuesdays through Saturdays and noon to 4 p.m. Sundays. Closed Mondays.
Where: 13613 Ventura Blvd. Sherman Oaks.
Information: 818-788-2357 or vegalleries.com/rememberingdisneyland


We saw the blueprints for Disneyland’s Star Wars: Galaxy’s Edge and this is what they show

"Disney officials and the model have previously revealed this but the blueprints lay out exactly how Star Wars land area will be configured. Galaxy’s Edge is split into two sides with a hub or conflict zone in the middle. The Resistance or Rebels are on the west side of the land lined with hundreds of lush trees and forest. The First Order appears to have a performance stage and other props on the east side. The Millennium Falcon and the second, unnamed ride occupy much of the north side of the land, while the middle serves as the trading port’s hub with a merchant area and marketplace."

"Mark Hamill made a few of his fans’ dreams come true and a dream of his own come true Tuesday night when he dropped in on a group of guests riding the Star Tours ride at Disneyland."

"This weekend Disney’s Star Tours: The Adventures Continue attraction launched for a new adventure bringing guests to not just one, but two destinations in the Star Wars galaxy. In the new film, your Starspeeder will get caught in the middle of an epic battle from Star Wars: The Last Jedi on the planet Crait."

Disneyland’s new ‘Throwback Nite’ wants you to dress up, but it will cost you

"Refashioning a popular promotion from its roots in the 1950s and ’60s, Disneyland announced Monday, Nov. 13, its first “Disneyland After Dark” event will be a throwback night to the days when people walked around the theme park dressed in fancy suits and poodle skirts.

On Jan. 18, the separately ticketed after-hours event invites visitors to dress in their Sunday best and listen to big concert bands until 1 a.m. at Disneyland."

"If throwback nite reminds you of the popular fan created “Dapper Day” event, that’s probably on purpose. Disney Parks has always paid attention to trends and tried to capitalize on them. It would be better if Disneyland was partnering with the team behind Dapper Day like they did out in Orlando."

"Kick off the Year of the Dog with the return of the popular Lunar New Year festival at Disney California Adventure park! From January 26 through February 18, this spectacular festival will feature live entertainment, delicious food and more."

"Chris Hemsworth was at Disneyland Saturday night, not as Thor, the character he plays in the Marvel movies, but as the guest narrator for Disneyland’s Candlelight Ceremony.

While Hemsworth thrilled many in the audience with his appearance, he seemed thrilled at listening to the nearly 600 voices singing Christmas carols behind him."

"While there is no jingle in the jungle at Disneyland this year, those wanting their “Jingle Cruise” fix had the chance to purchase a souvenir about the holiday version of the famed Jungle Cruise.


At Disneyland, hundreds wait in line, then another line, to buy $12.99 candy cane – here’s why

"Fans who are willing to get up before dawn, drive to the park and stand in line for an hour waiting for Disneyland to open so they can … stand in another line. This time to get a wristband, to come back later and, you guessed it, stand in another line. All for the privilege of buying one single candy cane for $12.99."

"In previous years, "cast members" (the Mouse's name for its employees) enjoyed a special Disney Family Holiday Celebration which granted free access, discount vouchers and complimentary snacks at both its theme parks as a token of appreciation for all their hard work. But now union flyers are circulating among workers lambasting the corporation for limiting their special holiday passes to California Adventure only. Sure, Disney's other theme park is decked out for the holidays, too. Cars Land gets a Christmas makeover, food kiosks serve up holiday treats, and a decorated tree towers over Buena Vista Street. But everybody knows Disneyland is where the spirit of Christmas brings the most joy."

"Disneyland unveiled the results of its just-completed makeover to its iconic Grand Californian Hotel and Spa on Wednesday that retains its Arts & Crafts theme. The year-long project involved giving a new look for all 1,019 guest rooms, as well as the lobby, pools, public areas and outdoor spaces."

"Come next year, Disneyland tourists will have a chance to get a full blown sugar shock before even entering the park.

"The new, groundbreaking hyper-reality experience, Star Wars: Secrets of the Empire by ILMxLAB and The VOID, will transport guests deep into the Star Wars universe, walking freely and untethered throughout the multisensory experience with friends and family. In groups of four, teams will go undercover as stormtroopers to capture Imperial intelligence vital to the budding rebellion’s survival. Star Wars: Secrets of the Empire will open on January 5, 2018. Tickets available now at TheVOID.com.

Splitsville Luxury Lanes is a dynamic recreation destination offering a unique combination of dining, drinks, bowling and entertainment. The Downtown Disney District location will feature 20 bowling lanes interspersed throughout the location, four dining areas (indoors and out), more than 25 flat screen TVs, and the ability to host both live performers and DJs. Splitsville will open in early 2018."

Current Southern California Passport annual pass holders will have the option to renew. Those who have passes that expired recently will receive a letter soon on how to renew the pass."


How to ride Disneyland’s Space Mountain as a single rider

"The single rider line hasn’t been publicly advertised, but canny visitors have quickly picked up on the idea."

Should Disneyland and other parks charge people more to go on the newest rides?

"Disney could make it easy, conceptually, and just require people buy an add-on to their Disneyland tickets to get into the new land. Or it could take a more indirect approach and extend annual pass blockouts to reduce crowds, or maybe only let people on Park Hopper or certain multi-day tickets in for the land’s first summer. But it’s hard to imagine Disney not doing something to try to keep the rest of the park from becoming one giant queue for everyone who wants to get into to see Star Wars: Galaxy’s Edge when it opens."

John Lasseter Taking Leave of Absence From Pixar Amid "Missteps"

"All 15 cases were reported to the Health Care Agency between Sept. 27 and Nov. 15 and the ages of those affected range from 52 to 94. Eleven out of the 15 visited Disneyland in September and four others are Orange County residents who didn’t visit the theme park, but lived or traveled in Anaheim."


What is Legionnaires’ disease, who is at risk and what do cooling towers have to do with it?

"Nothing says Merry Christmas like the threat of getting a potentially lethal disease. Unfortunately, that’s a very real scare going on right now at Disneyland as 15 visitors/residents of Anaheim have come down with Legionnaires’ disease with two fatalities. 11 of those cases visited the happiest place on earth. In response to the epidemic, Disneyland has shut down two cooling towers located backstage in New Orleans Square which had high levels of the bacterium which causes the disease. If you visited the Disneyland Resort any time since late August and have any of the following symptoms, you should see a doctor: A Fever of 104º or higher with muscle pain, chills, cough (often with blood), shortness of breath, chest pain, headache, nausea, vomiting, diarrhea, confusion or other mental changes. Hopefully, the shutdown of the cooling towers has isolated the threat."

[Then it’s a regular update, including some Star Wars construction]

VIDEO: How to Use Disney MaxPass at the Disneyland Resort

"Chapek joined Disney after working in marketing at H.J. Heinz Co., the food-processing company, and at agency J. Walter Thompson. At Disney, Chapek reorganized the consumer-products division, cutting jobs and focusing the business on brands rather than lines of merchandise."

Holidays Hits and Misses at the Disneyland Resort

"End of the SoCal Pass

The $469 Southern California Pass was discontinued today. The pass is frequently used as Christmas present, so Disney’s decision to discontinue it now, rather than after the first of the year, shows that they are evaluating the impact of lower cost passes on the resort. But don’t panic just yet, if you already have a SoCal pass you’ll still be able to renew it. Strangely, the SoCal Select pass, which is cheaper and offers about 45 fewer available days, is still being offered.  Should that one be discontinued as well?

Star Tours last got an update with the release of The Force Awakens in 2015. Lucky for all of us the latest Star Wars film, to be released on December 15th, is also prompting an update of Star Tours. The two new destinations have already launched and you can enjoy visiting Crait and Batuu during your voyage. Crait is a destination in The Last Jedi, Batuu is the planet in the upcoming Star Wars Land at Disneyland."

Disneyland Update: It’s All About The Candy Canes

​ You can listen to show 224 on iTunes or go to Libsyn service here. 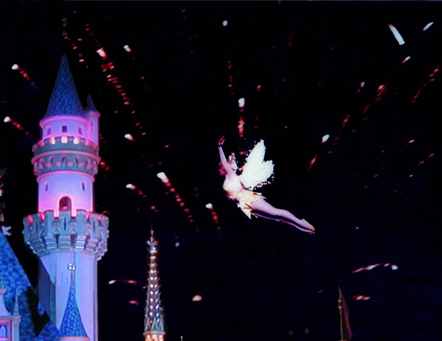