We welcome Disney Legend and author Tom Nabbe, who was a Disneyland and Walt Disney World cast member and was there for the opening of both! He was also the original Tom Sawyer at Disneyland. He wrote From Disneyland's Tom Sawyer to Disney Legend: The Adventures of Tom Nabbe.
We also discuss current events at the Disneyland Resort, as always.
​

​Due to the outbreak of the COVID-19 (Corona) Virus, Most Disney Parks, Cruise Lines, and Disney Vacation Club Resorts will be closed until further notice:

Shanghai Disneyland   • Shanghai Disneyland is now open and is transitions to a New Reservation Phase Starting August 24, 2020. The resort is increasing it's capacity from 30% to 50%. Go to Shanghai's web page for advance reservations. Please visit their site for details.

Hong Kong Disneyland    • The Park is open with reduced Capacity. During initial reopening, the Park will be closed on Tuesdays and Thursday except for public holidays and designated days. Reservations can be made 7 days in advance.
• The resort hotels remain open with adjusted level of services. Enhanced health and safety measures that reflect the guidance of health and government authorities have been put in place, such as social distancing measures and increased cleaning and sanitization.

Disneyland takes on 20 projects during coronavirus closure
The continued work is good news for Disneyland fans after Disney announced plans to cut $700 million in capital expenditures as a result of the pandemic’s impact on company coffers.
By BRADY MACDONALD
PUBLISHED: November 6, 2020

“One silver lining of the seven-month coronavirus closure of Disneyland and Disney California Adventure is that Disney work crews have had unfettered access to work on 20 construction, refurbishment and maintenance projects.

“Disney crews have been able to work on Avengers Campus, Mickey and Minnie’s Runaway Railway and a host of other projects In line with direction from government and health officials while the Anaheim theme parks remain closed amid the COVID-19 pandemic.”
...
“The continued work is good news for Disneyland fans after Disney announced plans to cut $700 million in capital expenditures as a result of the pandemic’s impact on company coffers.”

“The new backstage office building is being built behind Luigi’s Rollickin’ Roadsters in Cars Land.”

“Buena Vista Street will reopen on Nov. 19 as part of the Downtown Disney outdoor shopping district while the rest of Disney California Adventure remains closed, according to Disney officials.”
...
“To encourage social distancing and manage crowds, Disney will use a mobile waitlist when Buena Vista Street or its queue reaches capacity. Mobile wait lists may also be used for restaurants and shops on Buena Vista Street.”
....
“No rides, entertainment or character meet-and-greets will be available in DCA while Buena Vista Street is open for shopping and dining. No admission fee will be charged to enter DCA to shop and dine.”
...
“Downtown Disney parking at the Simba lot that was free for the past few months will increase to $10 per car starting on Nov. 19.”

“It’s beginning to look a lot like Christmas over at the Downtown Disney District in Disneyland Resort. Our own Mike Celestino checked out some of the shops to see some of the new merchandise and decor and also got an update on the upcoming opening of Buena Vista Street.”


Meet the lifelike next-gen Disney animatronic that breathes and stares at you
The aim of the next-gen project is to develop an audio-animatronic figure that emulates the mutual gaze between humans.
By BRADY MACDONALD
PUBLISHED: November 2, 2020

“Disney researchers are developing a new audio-animatronic figure with subtle eye and head movements that could allow characters like Captain Jack Sparrow and Kylo Ren in Disneyland and Disney World attractions to engage in more lifelike human-robot interactions.

“The next-generation audio-animatronic was developed by Walt Disney Imagineering’s Advanced Development team, Disney Research innovation lab, California Institute of Technology and University of Illinois Urbana-Champaign, according to a new research paper entitled ‘Realistic and Interactive Robot Gaze.’”
...
“Disney’s next-gen ‘realistic gaze’ animatronic figure uses a chest-mounted sensor to identify people so the robot can turn to face and engage with them. A series of smaller motions allow the highly animated and articulated robot to create the illusion of life. The animatronic’s head rises and falls subtly to simulate breathing. Quick, darting eye movements by the animatronic create the illusion of examining a person’s entire face. The animatronic can momentarily shift its gaze in reaction to a sudden sound in the distance before refocusing on a person’s face.

“The aim of the next-gen project is to develop an audio-animatronic figure that emulates the mutual gaze between humans.”

“Disneyland plans to install more than 23,000 coronavirus health and safety measures to prepare for the eventual reopening of the Anaheim theme park resort now that California has issued guidelines for the state’s major tourist destinations to return to full operation.

“Disney will roll out thousands of COVID-19 sanitization stations, protective barriers and warning signs by the time Disneyland, Disney California Adventure and Disney’s three Anaheim hotels fully reopen alongside Downtown Disney.”
...
“‘When we reopen the parks, we’re going to have 50 new freestanding hand washing stations and over 1,000 hand sanitizing stations in guest and employee areas,’ Disneyland resort senior vice president of experience integration Mary Niven said.”
...
“‘We have done a lot of work with our industrial engineers to assess every attraction and every attraction vehicle to really make sure that we can ensure that we maintain a minimum of six foot distance between parties at all times,’ said Niven, the Disneyland resort’s operations manager. ‘We’ve designated industrial hygienists as COVID-19 area coordinators in both our guest and employee areas to ensure that we have an auditing process.’”

“Disneyland will be expanding the app’s communication, making it the home for operational updates for the Downtown Disney District moving forward.

“Disneyland strongly encourages guests to use the Disneyland App both prior to and during their visits, as it is the best resource to find the latest details from around the resort.”


Disneyland is more than a job for some workers. A wave of layoffs will hit Sunday
By HUGO MARTÍN
STAFF WRITER
OCT. 30, 2020

“When California’s theme parks closed in March, employees of Disneyland, Universal Studios Hollywood and other parks were left in limbo, displaced from jobs through no fault of their own, with no idea when — or if — they would be called back.

“The ax is about to fall on thousands of Disney workers. Walt Disney Co. plans to lay off 28,000 people across its theme parks and products and experience divisions, with about 10,000 of those layoffs hitting the Disneyland Resort parks, hotels and stores in Anaheim, according to company sources. Notifications for those layoffs are expected to reach workers via email by Sunday.

“Universal Studios Hollywood has already reduced its workforce by as many as 7,000 employees through furloughs, layoffs and cuts to work shifts.”
...
“About 135,000 people worked at California theme parks before the pandemic, and a huge number of them have been furloughed or laid off since March, when state officials recommended against large gatherings. Before they closed, the state’s parks were generating more than $12.6 billion in spending each year, much of it in Southern California, home to seven major theme parks.

“Theme park workers in California earn an average annual salary of about $41,000. It’s perks such as free park passes for friends and family and exclusive previews of new attractions that make the jobs so desirable.

“Park staffers also boast about the family-fun atmosphere and the close bonds they form with co-workers.”

You can listen to show 297 on iTunes or go to Libsyn service here. 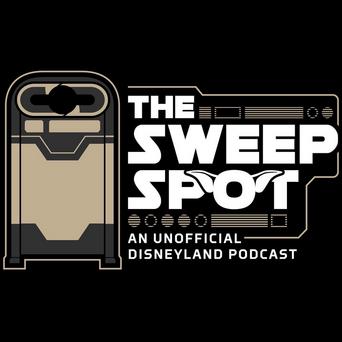 Be sure to check out our new logo shirts and all of our previous shirts at our TeePublic store.