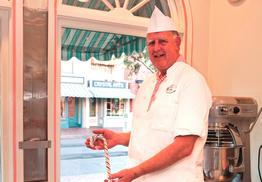 In this episode we have an interview that we did for someone else on Disneyland Fandom and social media in the early days. Plus latest in Disneyland Resort Current Events.

Iconic Disney roller coaster California Screamin’ will close next month, then reopen with a new

"Its last day of operation will be Jan. 7, when it will close along with much of its surrounding

This remake will keep the existing structure, but add new elements themed to the superhero family

of characters from the popular Incredibles movie, which has a sequel coming out in summer 2018."

Disneyland hit by power outage on one of its busiest days

"A jam-packed Disneyland closed its gates to new arrivals for four hours Wednesday [Dec 27]  after a blown transformer knocked out power to large sections of Fantasyland and Toontown.

It’s hard to imagine a worse time for a power outage at the park, on one of the busiest days of the year, with both football teams playing in the Rose Bowl visiting the resort, along with groups in town for the holidays.

Power went out around 11 a.m. in Fantasyland and Mickey’s Toontown, and riders had to be escorted off the It’s a Small World attraction. No one was injured, according to Elva Rubalcava, and surrounding areas were not affected.

Disneyland does have emergency generators, but they aren’t typically used to operate rides."

"If you ever stopped and peeked into the window of the Candy Palace sweet shop on Disneyland’s Main Street, you’ve

Wearing the signature candymaker‘s white uniform with striped bandana, he became something of a legend at the park,

the kids whose eyes lit up when they saw his candy.

McHargue died suddenly of natural causes on Dec. 2, according to his brother Mike, shortly after taking a short vacation from his job making seasonal candy canes for Disneyland’s most dedicated fans, who wait in lines sometimes for hours to get one."


Farewell to the Candy Cane Man
by Adrienne Vincent-Phoenix
"As the popularity of Disneyland's freshly made candy canes has exploded in recent years, so too has risen the profile of master candy maker Rob McHargue. With his grandfatherly demeanor and generous smile, McHargue was a fixture of Disneyland's Candy Palace for over 40 years, and never more so than at Christmas, when his candy cane-striped neckerchief matched the colors of his most popular confection.

Last week, I received the sad news that McHargue had passed away. He leaves a legacy at Disneyland that few individual cast members can match."

Star Wars Special For Both Coasts

"I will leave it to other writers to bring you more complete Star Wars coverage and promise that this update will be as spoiler-free about The Last Jedi as any of the movie trailers have been, will be spoiler-free about the surprises of 'Secrets of the Empire,' and will reveal just the details about the new lands announced by the creative team."


8 reasons why tourism matters in Orange County
By Jonathan Lansner


Disneyland Update – Out Of The Frying Pan Into The Fire

"Splitzville, the under-construction bowling alley and sushi restaurant, had a fire on Saturday evening. Thankfully, it appears that the fire was contained to a dumpster and no significant damage was done to any buildings. By Sunday morning, there was no visible sign of Saturday night’s excitement."

"From inside the park, you can see the construction clearly from the train, river boats, along the banks of New Orleans Square, and from ToonTown."

Disneyland Resort Update – Tis The Season for Crowds and Construction

​ You can listen to show 225 on iTunes or go to Libsyn service here.

Discussion of Disneyland Fandom Over The Years 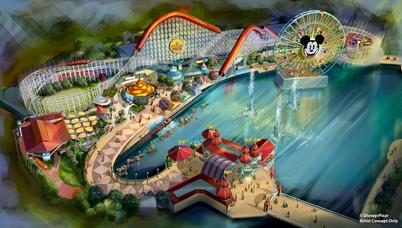