In this episode we welcome Bill Watkins to the show. Bill worked WED Enterprises from 1966 to 1985. He was Project Engineer for the WEDway People Mover, for Big Thunder Mountain, Space Mountain and more. Plus we welcome Michael from ConciEars and Erick to discuss the Run Disney event in April. Plus the latest in the Disneyland Resort Current Events.

"The permits include projects at Disneyland and Disney California Adventure theme parks, the recent remodel at Disney’s Grand Californian hotel and some changes at Downtown Disney.

Now, building permits are often issued in series as a project goes on, so one permit doesn’t necessarily tell the entire story, especially on a major site such as Disneyland. Also, the cost estimates are made by the contractor, and don’t include later changes or furnishings. Still, it provides an interesting glimpse into the park, provided by BuildZoom, an Internet company that connects homeowners with contractors."


Disney calls on Anaheim to end all tax incentive agreements in an attempt to improve relationship with city
By Hugo Martin
Aug 22, 2018

"Amid growing animosity between Anaheim and Walt Disney Co., the president of the media giant’s Disneyland Resort asked the city to end all tax incentive deals in hopes of promoting “cooperation and goodwill.”

In a letter sent to Anaheim’s mayor and city council, Disneyland Resort President Josh D’Amaro said he was calling for the end to two tax incentive agreements as a way to improve the company’s relationship with the city and its residents."

After sometimes heated debate, the council voted unanimously to end the incentive deals, which were designed to encourage Disney to build a 700-room luxury hotel at the resort and to invest in multimillion-dollar expansions at Disneyland and Disney California Adventure Park."

Disneyland to Anaheim: These tax agreements are ‘divisive’ so let’s rip them up
By Alicia Robinson
August 21, 2018

"What a mess – Disney’s new hotel plans have unraveled and left a hole in their high rent shopping district. It all started last year when Disney and the city couldn’t come to terms on the then already-under-construction Eastern Gateway parking structure and bridge over Harbor Blvd. Disney eventually abandoned those plans and moved the parking project to the west side of the resort, which is now under construction. In short, they had a city relations problem.

A similar problem has now occurred with a proposed new hotel, which was originally supposed to be built on what is Downtown Disney parking. When the Eastern Gateway project failed, that hotel project was shifted to the far western end of Downtown Disney – on top of what was shops, restaurants, and the theater located between the Monorail beam and the Disneyland Hotel."

"It's possible there will be no progress until after the November elections, when Anaheim residents will elect a new mayor and fill three council seats. Residents will also vote whether to approve a living wage initiative for businesses within the Anaheim Resort district. Disney has previously said it will look outside Anaheim for future development opportunities if that initiative passes.

Should the November elections put in place a city council that is more receptive to Disney's arguments, the hotel project could get back on track by the new year. If not, Disney could move forward with the project at the planned site and forgo the tax break, reverse course and build the project at the original site to qualify for the tax break, or simply cancel the Anaheim project and look at building in neighboring Garden Grove."

Could the Earl of Sandwich be reopening in Downtown Disney?

"Disneyland will sell liquor publicly for the first time in its 63-year history, officials announced Thursday, Aug. 30, though it will really only be available in outer space, also known as the Black Spire Outpost on the planet Batuu, in Star Wars: Galaxy’s Edge when it opens next year."

"The new family-friendly lounge will be called Oga’s Cantina and will serve themed specialty drinks for adults and kids alike. Since the Cantina and entire land are full immersion in the Star Wars universe, all available items are inspired by intergalactic adventures. The beverages will be served in unique vessels with interesting preparations (think bubbles, fog, colors, and illumination). This will be the only publicly available bar in all of Disneyland, so it’s sure to be highly sought after. However, you won’t be able to order off-menu – that means if you’re looking for a vodka tonic, you’d best continue your search in another star system. Additionally, the beverages must be consumed inside the Cantina – you won’t see guests walking around with alcohol as they can do in DCA. It’s also unlikely that food will be served in the Cantina when the land opens. However, there will be options for food nearby.

Musical entertainment will be led by RX-24, you’ll remember him best as your Star Tours pilot “Rex.” At Oga’s he’s been put into service as the Cantina DJ. True to his previous character, he retains his goofy personality and continues to do his best to keep everything from falling apart under his watch. It’s an interesting nod to the past and shows how familiar storylines will weave through the land."

Tue, August 28, 2018
Sneak Peek: What to Discover at The Tropical Hideaway in Disneyland Park

"This includes using mobile order to pick up the legendary Dole Whip!"

After Pixar Fest, what comes next at Disneyland?
Robert Niles

Disneyland Update – A Ghost Will Follow You Home
August 20, 2018

​ You can listen to show 242 on iTunes or go to Libsyn service here. 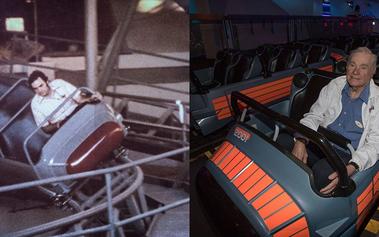 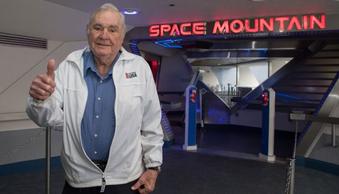