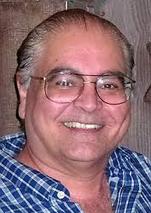 Secrets of Disneyland with Jim Korkis

In this episode we welcome back author and Disney historian Jim Korkis. We discuss some of the little things you may or may not know about in Disneyland Park. Get Jim's books at Jim Korkis.

"With the touch of a button, wait time turns into play time with family and friends at certain locations. And the more you explore in Disney parks, the more there is to discover on the app. This is just the latest way we are making a visit to our parks even more fun and memorable in new and innovative ways.

Since the launch of My Disney Experience at Walt Disney World Resort in 2013, we continue to reinvent digital offerings at our parks around the world. The My Disney Experience app, our guests’ go-to vacation companion, has continued to evolve – including the Get Directions feature, Online Check-In and the recently launched Digital Key. Guests are also loving the Disneyland App, Disney MaxPass and soon mobile order at Disneyland Resort – currently available at Walt Disney World – and we’re excited to bring this latest innovation to the parks!"

"GALT, Calif. — Authorities say thieves made off with 8,000 Disneyland tickets when they stole a box trailer from a youth agricultural education organization.

The California Highway Patrol says the trailer is owned by Future Farmers of America and was stolen Wednesday from the group’s office in the city of Galt, south of Sacramento."


Disneyland Photo Update – To Infinity and Beyond
April 9, 2018

First Look – You’ve Got a Friend in Pixar Fest at the Disneyland Resort
April 13, 2018

Includes: "Together Forever Fireworks"
"PIXAR PLAY PARADE RETURNS . . . BUT TO DISNEYLAND"
"DCA Will Paint The Night"

Splash Mountain was scheduled to reopen on Saturday. Unfortunately, it wasn’t quite ready. And though it did eventually open for a bit over the weekend, it spent most of that time out of service."

"PIXAR FEST"
"BLUE SKY CELLAR
Blue Sky Cellar has returned at long last with a new preview. This time around the center is shedding new light on Pixar Pier."

"PIXAR PIER CONSTRUCTION"
"DOWNTOWN DISNEY"
"SPLASH MOUNTAIN BREAKDANCE
Splash Mountain has FINALLY returned from refurbishment. The attraction wasn’t quite ready on reopening day last weekened and spent much of the time it has been reopened to guests . . . broken.  Our staff had been trying to ride the attraction to report on it for you for our Monday Update, but the attraction was out of service. Dusty was the first of our crew to get a complete ride-through and his video is below for you."


Actor Harry Anderson Passes Away at 65

"Actor Harry Anderson passed away today at the age of 65. Disney fans will remember him from his portrayal of the Absent-minded Professor in the TV movie that aired on Walt Disney’s Wonderful World of Color. Anderson also appeared in the Disneyland 30th Anniversary Celebration, the Disney-MGM Studios Grand Opening Broadcast, and 'The Disneyland Story'."

"Candidates who attended Monday’s job fair were encouraged to apply online, then bring a hard-copy of their resume to the event. Job seekers met with chefs working at the resort and learned more about what it takes to excel in the resort’s culinary roles.

Another job fair will be held from 9 a.m. to noon May 3 at Disney’s Paradise Pier Hotel to hire rides operators, sales clerks, guest relations staff and additional hotel jobs. A third housekeeping/laundry hiring event will be held from 10 a.m. to 4 p.m. May 16 at Disney’s Grand Californian Hotel & Spa."

Lisa Haines
The letter writer is vice president of communications and public affairs for Disneyland Resort.
"At a time when fair and balanced media reporting is under intense scrutiny, I’ve tried to have faith in the Orange County Register and its historically high journalistic standards.

Unfortunately, that faith was again eroded on April 7 when the OCR ran a full-page “ad” under the guise of reporting that chronicled the alleged findings of a recent union-funded survey of Disneyland cast members."

The economic condition of Disneyland’s workers and its impact on the community is important because it is Orange County’s largest employer and beneficiary of large subsidies from the city of Anaheim.

We were disappointed to read Lisa Haines’ letter describing our rigorous, objective, fully documented, transparent and highly representative survey of Disneyland workers as biased and unscientific."

These charts show how 5,000 Disney workers feel about their jobs

"Are Disneyland Resort employees whistling while they work? While nearly 80 percent say they are proud of the work they do, the majority say they are not fairly compensated and struggle to afford the necessities of life, such as food and health care, according to a survey of 5,000 union employees commissioned by a coalition of Disneyland unions. A Disneyland spokeswoman said the survey is unrepresentative of the resort’s 30,000 workers."

​ You can listen to show 233 on iTunes or go to Libsyn service here.