In this episode we are very excited to have had the chance to talk with retired Disneyland Band drummer Joe Shaw. Joe started playing drums at Disneyland in June of 1973, and Retired in 2013. He has played in different places throughout Disneyland from the Golden Horseshoe, New Orleans Square, Plaza Gardens, Tomorrowland, the Mark Twain, and Main Street and more. Listen to him talk about his great career the last for 36 years. Plus the latest in the Disneyland Resort Current Events.

"The resort started testing its new Fastpass system this week. No longer will visitors receive a printed Fastpass that they then give to cast members at an attraction. Instead, the new system requires visitors to have their admission ticket or annual pass scanned at the attraction at their appointed Fastpass time."


Disneyland announces dates for the return of Fantasmic!, railroad, and attractions on Rivers of America

"While some of the attractions remain the same, dramatic changes are in store for “Fantasmic!” and the Disneyland Railroad."

"Much of the attractions on the island remain the same including “Dead Man’s Grotto,” the barrel and swaying suspension bridge, and the mill."

"In Downtown Disney, steel girders were put in place for the building that will house the Splitsville Luxury Lanes, and several areas of the Grand Californian Hotel & Spa were undergoing refurbishment."

"Disneyland’s horses have a new place to roam as stables for the theme park’s equine population officially opened in Norco.


Called the Circle D Ranch, it takes the place of the previous Circle D Ranch that was located backstage at Disneyland. That old site is now under construction as part of the “Star Wars” land project scheduled to open up at the theme park in 2019."

"The feces were apparently from geese flying over the park, according to the Anaheim Police Department.

The department said 11 adults and 6 juveniles were impacted."

Disneyland Photo Update – Any Way You Slice It Folks, You Still Come Out Ahead

​ You can listen to show 212 on iTunes or go to Libsyn service here. 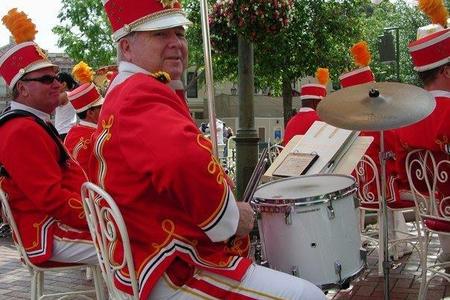